This year at the Consumer Electronics Show (CES), it was as crystal clear as an 8K-resolution screen gadgets are transforming nearly every aspect of our lives. We’re interacting with AI and Smart Home devices and rarely disconnecting from a vast ecosystem of digital tools. So long as it is convenient for us, we will continue to adopt technology if it makes our lives more convenient – cue the driverless cars and beer-serving robots.

To drive, or not to drive? That was the question wondered by 180,000 people who attended last month’s Consumer Electronics Show in Las Vegas ­– and not just when contemplating the most efficient way to navigate the strip. According to companies like Waymo, Audi and Toyota it’s a matter of when, not if, autonomous cars take over, paving the way for the in-car entertainment industry to rescue former drivers from ennui.

“Braking” Trust: The Fate of the Driverless Car

But there are indications the time isn’t yet right for this kind of disruption. Promobot published a video of one of its service robots purportedly being “killed” during CES preparations by a self-driving Tesla that didn’t brake in time. (While some conference participants mistakenly believed that Bosch’s electric driverless shuttle was providing rides between venues, it was actually parked at the company’s booth, prompting a sign of relief from robots attending the event.)

Given comments on YouTube about a suspicious rope and the release of a second video showing a memorial for the ill-fated Promobot, it was likely a publicity stunt (which worked, judging by the video’s 1.3M views) but it made a point. Despite more than 1 million road traffic deaths per year, many are not ready to trust autonomous vehicles on the ground. What about in the air?

Bell displayed an updated, full-scale mockup of its vertical-takeoff-and-landing (VTOL) autonomous air taxi at its booth. The Bell Nexus will enter service as part of the Uber Elevate initiative, which plans to launch fleets of electric VTOL aircraft by the mid 2020s.

Air taxi services require vertiports, which introduce the “last mile” problem: how to easily complete the last leg of a journey after disembarking from a VTOL aircraft, explained Julia Richman, chief innovation and technology officer at the City of Boulder, during a panel session. Door-to-door flying cars are one solution.

NFT CEO Guy Kaplinsky was at CES to promote the company’s two- or four-seater vehicle that can travel both on the road and in the sky. NFT has yet to reveal the design but Kaplinksy is confident that it will be available on the market for the price of a family car in the next decade. PAL-V has already sold around 100 of its Liberty flying car, according to Vice-President of Sales Mark Jennings-Bates, which will begin flying from airports next year.

Is Technology Improving Our Lives?

During LG Electronics’ keynote, the company’s chief technology officer Dr. I.P Park asked: “Is technology making your life better?” Anywhere other than CES, opinions might skew towards “bring back the days when photo albums weren’t at risk of floating away in the cloud.” Techlash was, after all, a contender for Oxford Dictionary’s 2018 word of the year.

While household appliances have reduced housework by around 75 percent over the past 100 years, Park said the amount cognitive labor experienced by the average person “has significantly increased.”

LG’s solution to this involves robotics and artificial intelligence in home appliances. CLOi ServeBot, a robot designed to deliver food and drinks at hotels and in airport lounges, offered Park a beer on stage. Another CLOi variant called GuideBot, which assisted Park with his presentation, could become a common sight at airports in the future, while PorterBot carries bags at hotels and airports, in addition to helping with check-ins and check-outs. A dozen GuideBots already help travelers navigate around Incheon Airport near South Korea’s capital Seoul.

Honda is developing its own AI-enabled customer service robot. The Honda P.A.T.H. (Predicting Action of the Human) Bot is the company’s first robot that will be capable of interacting with members of the public and is scheduled to launch in time for the 2020 Tokyo Olympics.

Kenichiro Sugiyama, a developer of P.A.T.H. Bot said: “It can be used as a moving camera for security purposes. It’s still at the proof of concept stage, but we are collaborating with one airport and there are several others that have expressed interest.”

Temi, a consumer household robot retailing at $1,500, was also on display and going on dates at CES. It’s an Alexa-enabled robot that uses motion sensors and facial recognition to follow people around the house and can even transport items or serve drinks. Its combination of a built-in smart display and voice recognition means it can support video chat, play music, stream YouTube videos or guide someone through a recipe.

Summarizing CES in a few hundred words is challenging. It’s an event where you can feel amazed, overwhelmed and sometimes overawed. But you’ll leave with a sense of how technology has, and will continue to shape, nearly every aspect our lives, and in ever more personal ways. We live in a world that requires personal data to fuel AI, which makes modern day-to-day existence far more convenient. Whether you call this a utopia, or a dystopia, is just a matter of perspective.

Ari and Kristina, both editors in the APEX Media team attended CES 2019. 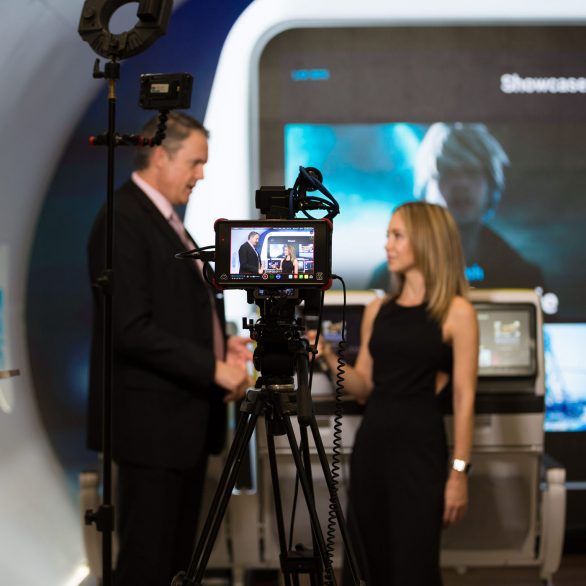 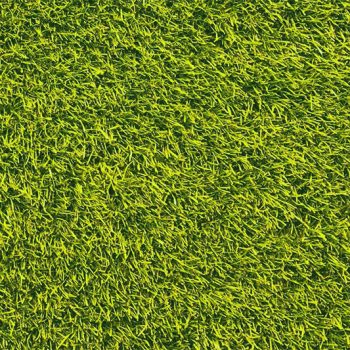 Elevating the Conversation: The Role of Content Creation in Marketing (Legal) Marijuana 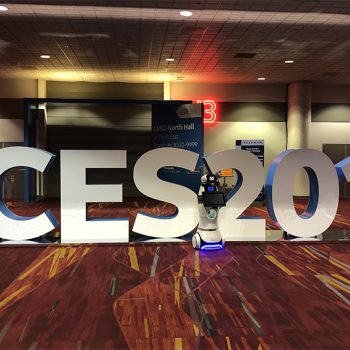 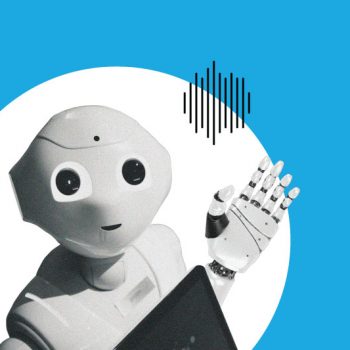