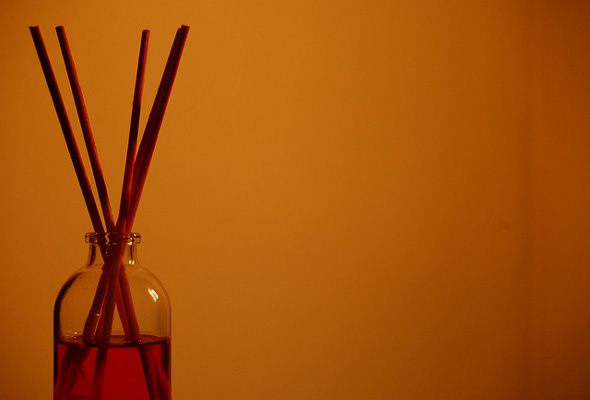 They say it’s our most powerful sense, but scent is oft forsaken in the flash-and-buzz world of branding. Travel editor Natasha Mekhail reports on how hotel brands are using custom fragrances to out-sniff the competition.

As a travel editor, I spend a lot of time writing about what distinguishes one hotel from all the others. I also have a serious perfume addiction. So when the hospitality industry turned its attention to the final sensory frontier – scent – I couldn’t have been happier.

My first epiphany about the discreet power of this too-often-overlooked sense happened as an expat living in Japan. Exploring a half-century-old house with two friends, we slid open the fusuma door on a futon cupboard only to be assailed by the odor of mothballs. In the split second that followed, something very curious happened: James, a Brit, recoiled, while Japanese-born Keiko leaned in closer to breathe in the scent.

James explained that mothballs evoked the memory of overnighting in a despised aunt’s drafty guest room. Keiko, meanwhile, associated the odor with joyfully unwrapping the layers of tissue paper surrounding her grandmother’s silk kimonos. Having no mothball experience whatsoever, I was the control group: totally ambivalent.

One odor, two powerful lifelong memories. All because the olfactory membrane in the nasal cavity is the one part of the body where the central nervous system makes direct contact with the outside world. The result: scent informs our autobiographical memory and links it, in particular, to place.

So imagine scent’s impact as a branding tool in the hospitality sector, where creating experiences is the business. 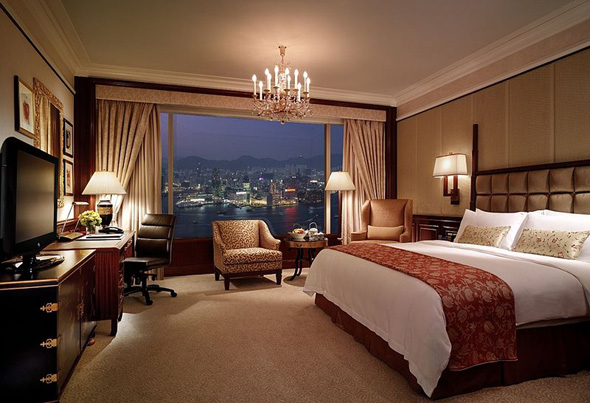 For the frequent traveller, scent branding results in an instantaneous feeling of familiarity, which according to Shangri-La Hotels and Resorts CEO Greg Dogan “adds another sensory layer of welcome,” whether you’ve just stepped into an untried Shangri-La in Hong Kong or you’re revisiting its counterpart in Vancouver. The group’s ginger-and-bergamot-infused room fragrance is called Essence of Shangri-La.

Almost every hotel chain, as well as many independents, has an olfactory logo. Starwood Hotels & Resorts has implemented scent branding at almost every level: from the W’s luxury-evoking fragrance, Bling, to the Four Points’ “Comfort isn’t complicated” aroma of cinnamon apple pie.

Some, such as the Mandarin Oriental, have gone so far as to tailor their ambient scents to the space’s function, spraying, for example, a zesty citrus blend in conference rooms to keep attendees alert. For its part, Omni Hotels & Resorts offers a lineup of lemongrass in the lobby, cookie in the coffee shop and a Coppertone-esque coconut by the pool. 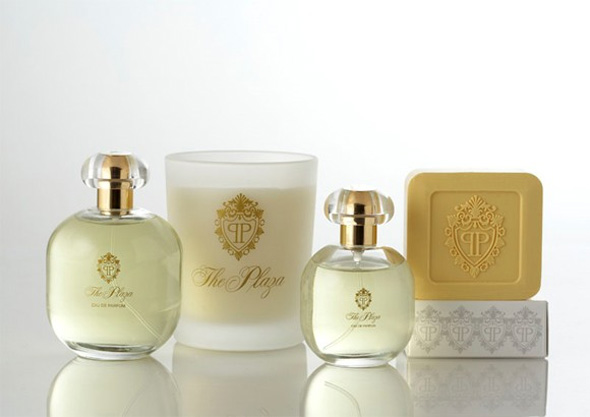 The Plaza fragrance via luxist

Enterprising perfumers have even made hotel fragrance a niche of their business, like celebrity “nose” Olivia Giacobetti, creator of bespoke scents for such luxury properties as Hotel Costes in Paris and La Mamounia in Marrakech – perfumes not just for the drawing room, but also the dressing table.

On the flipside, iconic properties like New York’s the Plaza have created “inspired by” scents that aren’t used in the hotels at all. “We wanted to create a modern fragrance that appeals to the senses and characteristics that the Plaza hotel embodies: grace, beauty, elegance and style,” said Kristin Franzese, executive vice president of retail, upon the launch of the Plaza, the fragrance, in May.

Still others use their scent as a myth-maker that adds to the mystique of the property. Case in point: the Intercontinental Montelucia in Scottsdale, which extracted the olfactory essence of a local night-blooming cactus to infuse its Joya Spa products.  Or Le Meridien Hotels, for which some of the woody, leathery notes of its house fragrance, created by New York boutique perfumer Le Labo, were chemically derived from an early edition of Antoine de Saint-Exupéry’s Le Petit Prince. 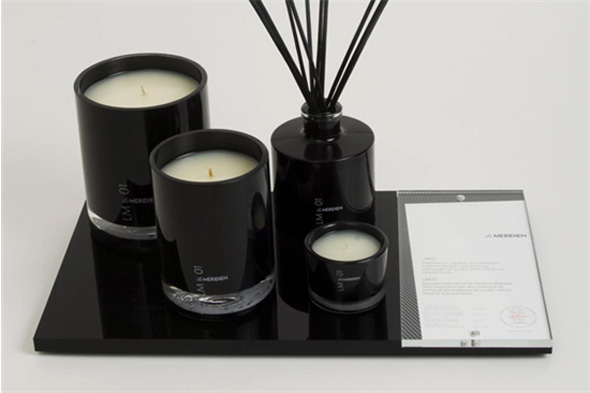 The science of scent

Such scents can be delivered through the hotel’s heating and cooling systems, via discreet atomizers or, as in the case of Yabu Pushelberg-designed hotels (such as Las Alcobas in Mexico City and the Hazelton Hotel in Toronto), by way of ingenious diffusers in the lighting.

But scent strategists are quick to point out that, while fragrance can be subtle, it doesn’t have to be subliminal. “Consumers notice it,” said Joe Faranda, a perfumer with International Flavors & Fragrances, to GCI magazine, of the scent he created for Samsung’s New York City retail space. “In fact, the consumer who recognized the smell was found to have a more positive shopping experience.”

Not only do they notice it, they want it. As one commentator on the fragrance forum basenotes.net, posted, “I’ve actually gone so far as to buy bottled ‘hotel smell’ at Mandalay Bay in Vegas [referring to the hotel’s signature Coconut Spice so we have something to squirt on the bedlinen at home to remind us of holidays!” 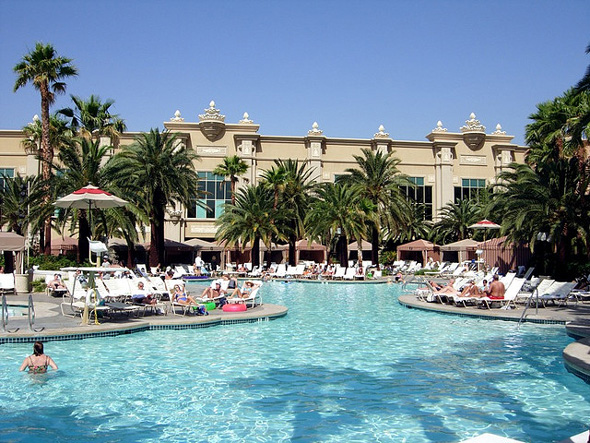 Scent and the art of brand maintenance

Scent’s discreet presence is precisely its advantage as a branding tool. People willingly bring the fragrances into their homes, where they exist – palpably, yet invisibly – without the showiness of, say, a coffee chain’s branded barista system or a celeb chef’s crockery.

As Martin Lindstrom, author of Brand Sense, a book on marketing to all five senses, told the New York Times, “The future of hotel branding is when there are no logos, no advertisements blasting, but I can just feel I’m there.”

Natasha Mekhail was the former Editor of Spafax Luxury Brands, where she developed custom travel and lifestyle media for large international clients, including Bombardier, Fairmont Hotels & Resorts and Mercedes-Benz.