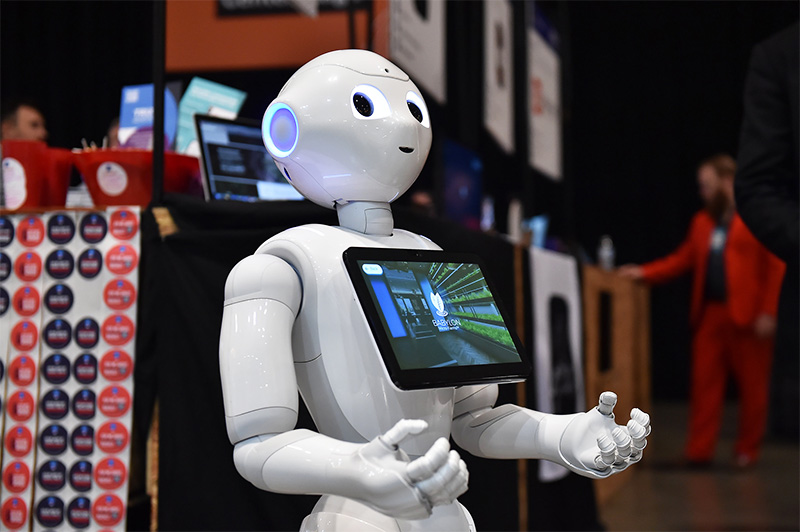 Tech startups, venture capitalists, Fortune 500 leaders and assorted members of the digital industry gathered at Collision Conference in New Orleans earlier this month. We were there to take it all in and discover the next best thing (other than the famous beignets). Here’s a very condensed summary of our learnings on the public’s opinion of AI, data privacy and the importance of content marketing. Read Part 1 here.

2018 is, without a doubt, the year of artificial intelligence, and was among the central topics at Collision. Considered one of the biggest opportunities in business since mobile, “Weak AI” (chatbots, voice assistants, and other types of artificial intelligence that focus on a narrow task) has become an everyday tool with infinite applications. Naturally the conference started with a hands-on workshop on how to build your own chatbot with IBM Watson, where we learned to create efficient intents, entities and dialogs. A good introduction to AI for beginners and curious participants.

Over three days, we also had the opportunity to listen to a diverse group of C-level executives, from both well-established and newer start-ups, discuss trends and issues in the AI industry. For most of them, one of the main concerns is the public’s fear of AI, which essentially comes from the negative portrayal of artificial intelligence that science fiction has disseminated over the years. Robots overpowering humans, taking over the world, machines getting out of control… none of this has anything to do with the current applications of machine learning. For Frida Polli, CEO and co-founder of pymetrics, and Gaurav Dhillon, Chairman and CEO at SnapLogic, Inc., there is a need for transparency and more resources dedicated to technology literacy in the industry. Both agreed that a better informed public is key for AI success and acceptance.

The importance of having diverse teams and increasing awareness of possible biases in data set selection were two other recurrent topics in AI-related talks. Rebecca Parsons, Technology Principal at ThoughtWorks, delivered a powerful speech highlighting the need for diversity when training machines, and pointed out that algorithms can fail to take into consideration larger populations, offering a poor experience for many. Human values should be factored in from the beginning, she maintained, if we want to get AI right. 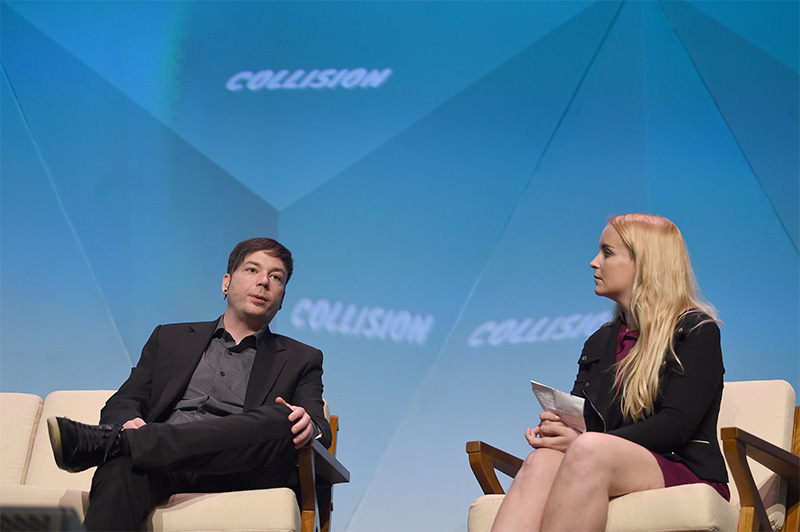 The recent Facebook/Cambridge Analytica scandal permeated the conference unsurprisingly, rendering data privacy one of the key topics. John Flynn, Chief Information Security Officer at Uber, was one of the first to tackle the issue, as Uber faced a data breach in 2016 that exposed the personal information of 57 million users, including drivers and riders alike. Since then, Flynn claimed that data privacy became a priority for the company, considering potential security flaws from ideation to design. He also pointed out that before launching a new feature, they now hire an army of quality testers around the world that try to break their product in all possible ways.

However, Flynn thinks that this is not just a one way street; users should be more aware of when and how they share their personal data, and inform themselves about how companies are using their data and their rights.

Aside from technology discussions, there was also talk of content marketing at Collision. We were reminded of the relevance of SEO for brands by Sarah Bird, CEO of Moz, the need for channel specific content by Ian Wilson, Senior Director Global, Digital and Marketing Development at Heineken, and the importance of having a very well-crafted tone of voice and an exquisite sense of timing in social media by David Schneider, Executive Creative Director at That Lot.

Data doesn’t lie: most brands aren’t spending their money and efforts on the right SEM strategy. According to Sarah Bird, brands usually dedicate around 90% of their budget on Google Search Ads, and only about 10% on their organic Google search optimizations, when the first is usually responsible for 2.8% of the clicks and the latter, for 62%. Her advice? Dedicate a larger portion of budgets and resources to technical SEO. Use schema markup, treat meta descriptions kindly, and don’t waste title tags. Besides, when it comes to writing content, it’s best to adapt one’s style for readability and featured snippets (respond to possible questions, create lists!). And remember: Google is a homepage, and a gateway to the world.

Heineken’s Ian Wilson also offered valuable insights for content marketers. He highlighted the importance of creating native content, tailored for a specific platform, and explained how repurposing content originally created for web on social media is problematic. He reminded us that attention spans have shrunk, and if marketers aren’t able to catch the user’s interest in one second – literally ONE second! – they may continue to scroll down. If you are lucky enough to keep them hooked, be aware that most users won’t spend more than three seconds watching a video, and that seven seconds is the absolute limit for human attention nowadays. Ian Willson showed a very good example of how an audiovisual piece of content should be adapted for social media: Leo Burnett produced this effective spot for the Italian craft beer Ichnusa, that was later adapted for Facebook this way. Convincing right?

During a smart and hilarious talk, David Schneider noted the urgency of finding your tone of voice and the importance of having a sense of timing when posting on social media. He reviewed a series of brands’ social media fails that fell somewhere between cringe and laughter. The below is an example of how trying to be cool doesn’t always work:

BREAKING: It’s definitely better to be nice to people and not be a dick. We’ll update you as and when we have more on this story.

From design thinking to loyalty programs to AI for good and content marketing tips, Collision was also a literal collision (great branding!) between tech, humans and how we interact and will continue to do so with the web.

Bookmark Content is a full service global marketing agency and can help you take your content strategy to the next level. Find out more about our
digital services.

PhD in Communications, journalist and digital strategist, Irene is the former Project Manager at Bookmark Montreal. 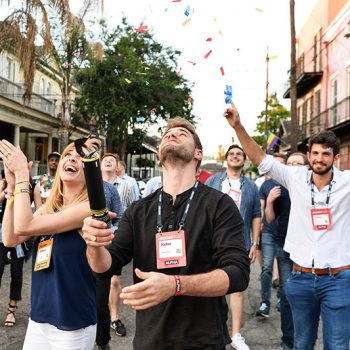