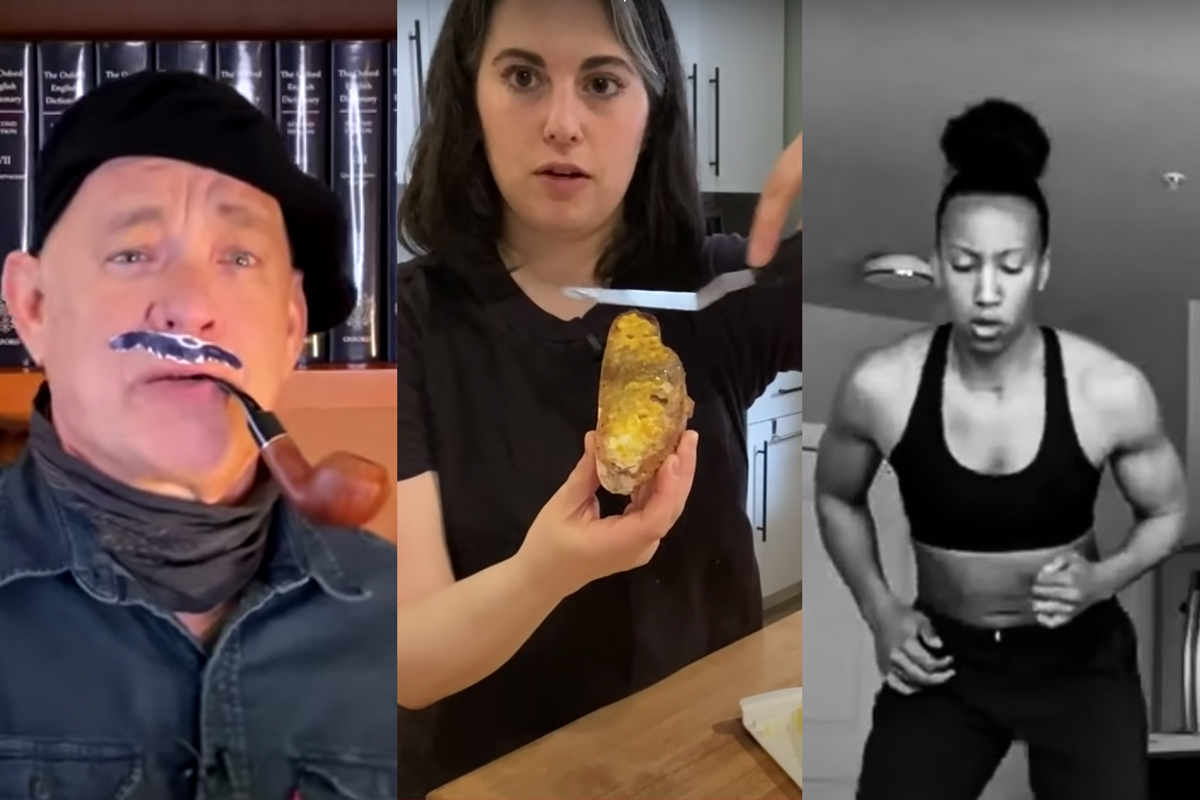 Under social distancing measures, working from home has resulted in an abrupt transition to lofi, makeshift video production across industries. Content marketing won’t be an exception.

We’re seeing it in television, in OTT programming and in advertising: cell phones and webcams replacing professional equipment, personal spaces standing in for studios, and entertainers becoming their own production assistants. Polished video is on hiatus, and in its place, a rugged and hopefully authentic pastiche. While the changes in mass media are dramatic, they are not so unfamiliar to content marketers – and they say a lot about why good content transcends the smoke and mirrors.

Unscripted daytime and late-night television sets now have more in common with a conference call than a studio backlot or network headquarters. (Some hosts are adjusting to their new format more successfully than others.) With new logistical challenges upending long standing formulas and eliminating live audiences, elaborate legacy programs have suddenly become very intimate. Over the weekend Tom Hanks hosted the first coronavirus-era edition of Saturday Night Live, delivering the customary monologue while standing in his kitchen rather than on a soundstage in 30 Rockefeller Plaza. Kate McKinnon stepped into character in a homemade Ruth Bader Ginsburg costume in front of a hand-drawn backdrop while making use of household items as props. Post production editing was pointedly unsophisticated, but funny.

The new reality also poses a unique challenge to “prestige” short form content houses like Conde Nast – a company in the thick of repositioning itself as a video-first media brand with a number of shiny (and costly) tent-pole series on the roster (Vogue’s “73 Questions” and Architectural Digest’s “Open Door” are among them). But Conde Nast’s Bon Appétit brand has been agile in its transition to no-frills video, launching a “Cooking at Home” imprint only a week after Governor Cuomo announced the stay-at-home order that shut down the publication’s offices and gleaming test kitchen studio. Gone is the signature glossy styling – at home in surprisingly humble kitchens, the YouTube cooking show hosts are tasked with lighting, mic’ing, filming, photographing, prepping and washing up after their productions. The studio team observes and offers guidance via videoconference. Impromptu cameos from partners, children and pets are part of the package.

Many of the ad spots we’re seeing are composites of “home video” style footage and images shot on cellphone cameras – glimpses into the lives of healthcare workers, essential service providers, and average people at home with their families, or alone, during this time. Google’s “Where There’s Help, There’s Hope” and Nike’s “Play for the World” pseudo-PSAs are a hodgepodge of aspect ratios and orientations. Ad production units are facing many of the same material barriers as other industries, but it is particularly in this context that anything too sleek, too brand-centered or too produced risks coming across as tone-deaf. And so, brands are prioritizing messaging above aesthetics, and visually signaling that prioritization within the message.

What does all of this mean for content marketing?

Right now, successful video content is bolstered by personality and authenticity, not by pretension. It’s accessible. And it’s familiar – it looks more than a little bit like early bedroom vlogging, before crisp visuals and elaborate personal branding became a prerequisite for reach. Focus is necessarily turning back to the intimately personal as it shuns the superficial, meaning that while the landscape remains as saturated as ever, the technical barrier to entry is lower than it has been in a long time. Interestingly, this seemingly regressive shift is something we’ve observed happening organically on TikTok’s platform, where the low-stakes charm and spontaneity of DIY video content has already proven itself viable in the modern era. While it has been surreal to see the transition happening broadly across mass media, marketers can interpret it as an indication that stripped-down, personable content that levels with its audience has tremendous potential. No studio? No problem.

Bookmark works with brands to develop customized content programs that resonate with their audiences and drive engagement.

Rebecca is Bookmark's Content Marketing Specialist in Montreal. She likes libraries, good and bad TV and reading things on the internet.