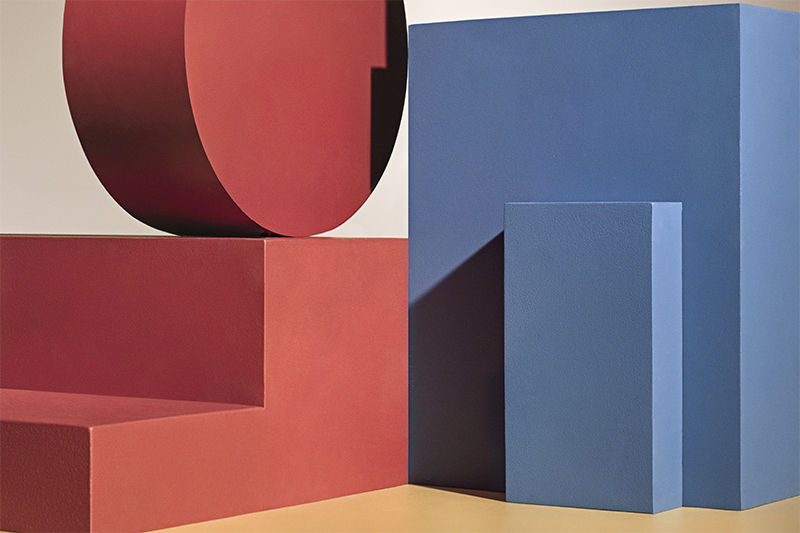 A case study into the creative process it takes to generate visual content for a brand.

There are different ways of doing it, but the ultimate aim is to answer a brief to the client’s satisfaction. With concepts for shoots, at the start of a project there is an attempt to visualize what the end result is going to be. All the elements that compose that end picture are thought of, called in, put in place on creation day, and then hopefully there is a spark that is ignited not only between all those components but also between all the participants, whether it is the art director, the photographer, the set designer, the photo editor. The beauty of the process is giving life to the original idea and at the same time being allowed to be surprised by the results. 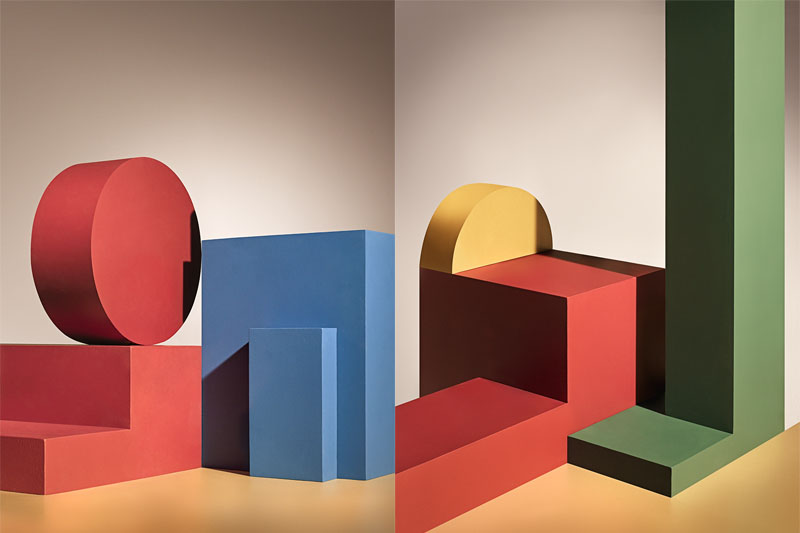 Collaborating on shoot concepts with talented artists in their fields is what we do best at Bookmark. Working with photographer Joel Stans on the November gift guide issue of luxury lifestyle Fabric magazine was a privilege – Joel trained as a fine artist learning how to draw and paint pictures in a hyper-realistic manner to create works that resembled photographs. He eventually turned directly to photography which allowed him to combine his approach to the media in a unique way. The key motivation in his work is arriving at poised compositions that feel right spontaneously while in the moment on set. It’s an engagement with chance that gives his pictures a beautiful inventiveness. 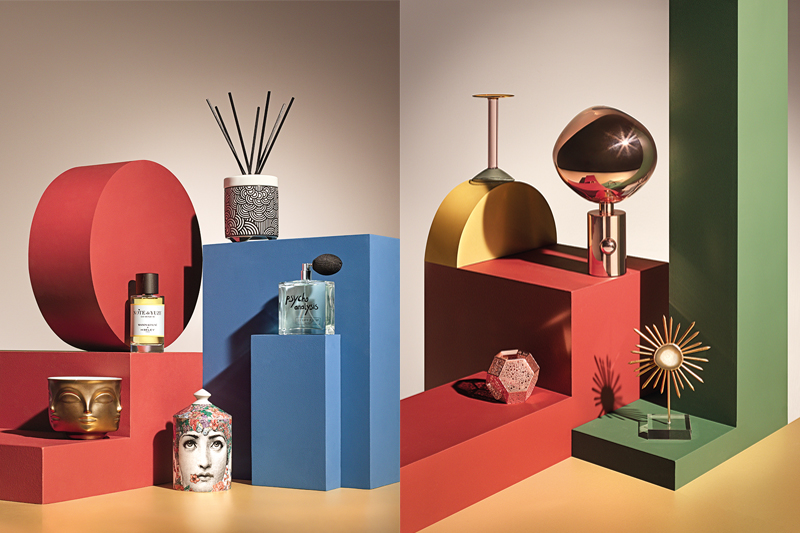 For this specific project, the aim was to generate photography for a gift guide with beautiful and aspirational products. We felt that these products needed to be showcased in a way that highlights their luxury qualities in keeping with a contemporary aesthetic. Alongside Joel, set designer Zena May Hendricks came on board, discussing the brief and objects to shoot, the idea of a very graphic and composed set made of squares, rectangles and semi circles germinated. Then once on set, it becomes an exercise in building a structure that worked harmoniously in conjunction with the random objects placed on it and the aspect ratio of the frame – Joel says “the creative spark happens when you start building the structure [or set] and it begins to sit just right. It is this problem solving that I enjoy.” 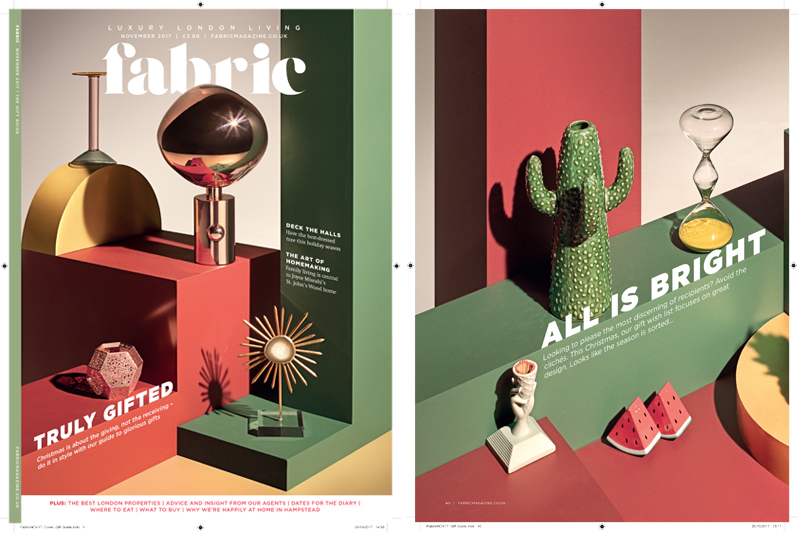 But in the end, for Joel and for us as creative teams, the process from concept to realization gets a lot more fun as it morphs into a collaborative effort. Leading the way and directing a talented set of participants through this collaboration gets everybody involved and more invested in the final outcome. The result provides an impactful visual message and a response to a brief to the best of its potential, thus making us stand out from a crowded market and do it better than our competitors. 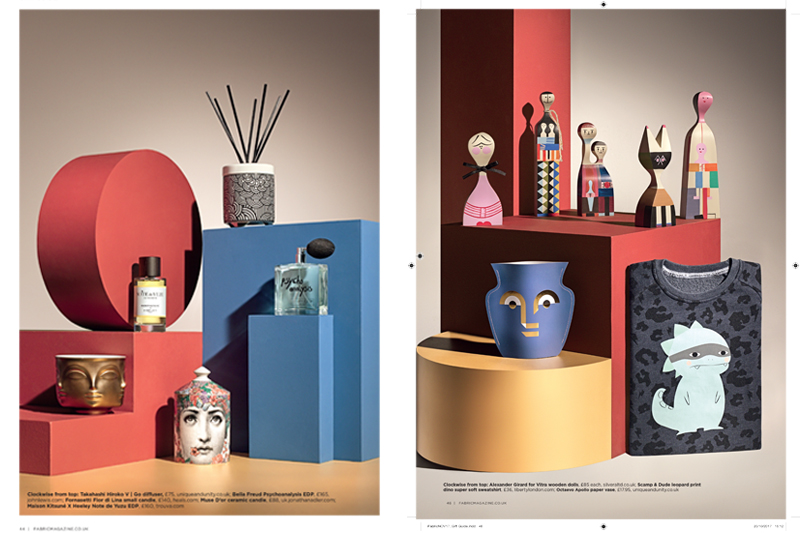 Emmanuelle is the Photography Director of the London office where she oversees the management and production of visual assets for the portfolio of accounts across printed and digital platforms.