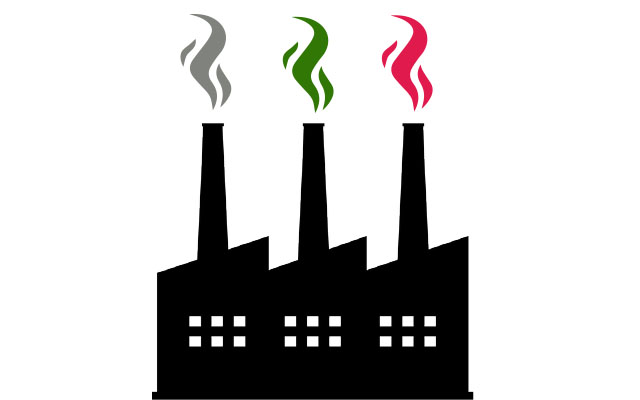 Companies are quick to comment on the hot button issues of the 24-hour news cycle, but when it comes to corporate social responsibility, commitment trumps commentary.

Can Bud Light change the minds of Americans on the issue of marriage equality? Will Starbucks lead the conversation on race over a Grande Americano? While the sceptical “No” that answers these questions might be obvious, the very fact that one can ask them marks a dramatic change. So what’s changed? For one, the perception of what Corporate Social Responsibility (CSR) is and why it’s important.

In hopes of increasing their community footprint, companies are taking a stance in the latest political debates and social movements—commenting on trending issues and adding to the clamour of the 24-hour news-cycle.  While weighing in on a hot topic may win brands some short-term love, companies can be perceived as political opportunists and thus miss the chance to tap into the identity enhancing gold-mine of CSR.

The International Institute of Sustainable Development points to the shrinking role of government, more demand for disclosure, increased customer interest and growing investor pressure as the major drivers leading to a more prominent CSR role. Society’s interconnectedness no longer allows for corporations to hide in the shadows. Instead, many companies are stepping into the spotlight and competing to be viewed as corporate citizens on the right side of history. Plus, it can be good publicity.

Today, a great deal of CSR happens through social media. For instance, as the American marriage-equality movement swelled, brands like Bud Light and Banana Republic mirrored the actions of LGBTQ advocacy group the Human Rights Campaign with their own pro-equality initiatives on social media.

Bud Light pushes for equality with this photo published on its Facebook page.

On Facebook, Bud Light posted an image of two beer cans, emulating the equal sign. Although the feedback was not all positive, Business Insider reported that after just 15 hours, the post received over 34,000 “likes” and 1,400 comments — talk about engagement. Today this post has a whopping 55,205 likes and was shared almost 10,000 times.

Compare this to the company’s Earth Day post, which received less one third of the “likes” and it’s clear that taking a stance on social issues can generate the conversation and attention, albeit some negative, that companies pay thousands to achieve.

Banana Republic shares a love for all with this Facebook campaign.

Meanwhile, Banana Republic recreated a version of the same symbol, this time in the form of folded clothing. This cleverly executed campaign, exclaiming BR’s love for all, was a finalist for the Shorty Awards’ “Best Facebook Campaign.”

Taking a brave stance should be commended, but poor communication and shortsightedness can cause campaigns based on social issues to backfire.

We saw this with Starbucks’ #RaceTogether campaign, which Karen Grigsby Bates from NPR pointed out was received by many as “a naked marketing ploy, kind of a catalyst for free advertising.” Host of Last Week Tonight, John Oliver noted that while the #RaceTogether campaign aimed to create a broad dialogue about race, this can’t generally be done while picking up a morning coffee.

These statements highlight the fact that Starbucks’ campaign reacting to the tragedies in Ferguson, Missouri, while well intentioned, was misperceived. Companies need to lead with their CSR plans, not react. This requires infusing CSR throughout an organization.

“Currently most CSR professionals are housed in communications and PR departments, but CSR can and should infiltrate every department – from supply chain, procurement, innovation, manufacturing, HR, all the way to disposal,” CB Bhattacharya, a professor of marketing at the European School of Management and Technology, told Forbes.

Disney, which is rated by the Reputation Institute as one of the top implementers of CSR, has endeavoured to make their community investments a major part of the company’s identity. In its 2014 performance study, Disney claimed that, “there is regular collaboration and partnership between Corporate Citizenship and the business-unit citizenship teams to ensure alignment and synergy.”

All of their CSR efforts are directly related to the company’s mission and identity. For example, wildlife and nature are prominent themes within the company, which led to the establishment of The Disney Worldwide Conservation Fund in 1995. Business Review USA reported that part of the proceeds from Disney’s educational films have been allocated to planting over three million trees, protecting 40,000 acres of coral reef and 50,000 acres of wildlife corridors.

The Reputation Institute’s Kasper Ulf Nielsen told Forbes that CSR’s return on investment suffers when plans are not adequately communicated and when programs are not linked to stakeholders. Bell Canada, a major Canadian telecommunications company chose to pinpoint one specific community issue they could affect.

In hopes of destigmatizing mental health, Bell Canada attached itself to this sensitive and muted topic.  By supporting a number of mental health initiatives year-round, Bell has been able to reshape the way mental health is publicly discussed. Simply put, Bell took an issue, committed to it and incentivized discussion and understanding.

On “Bell Let’s Talk” day, Canadians are invited to share their stories by using the campaign hashtag, and for each share Bell donates five cents to a range of mental health organizations.  In 2015, CTV news reported that  122,150,772 tweets, texts, calls and shares were made, resulting in $6.1 million raised for mental health initiatives.

While this level of CSR commitment is impressive, it’s the communication of this project that is exemplary. Bell has turned its customers into storytellers and as a result the campaign’s promotion is largely organic. By committing to one issue, Bell has gained brand recognition and clout in the fight to destigmatize mental health issues.

Rather than writing blank cheques, brands need to commit to one cause that adds distinction and enriches identity. However, it’s not always that easy.

Did you know that since 2005, Wal-Mart has been rolling out extensive environmental initiatives?

Peter Sligmann, the chairman, CEO and co-founder of Conservation International, applauded Wal-Mart, by writing in The Guardian that “slowly but surely, sustainability is becoming part of its DNA.” Unfortunately for the company, labor disputes and employee strikes have majorly overshadowed these initiatives. Controversies can cloud consumer trust and are distracting the public from Wal-Mart’s CSR initiatives.

Good community investments see past hot button issues and go beyond opportunism to commit to a cause in need of corporate leadership. Increasingly, companies are commenting on political issues, social movements and popular cultural events (Remember Dressgate?). But commenting isn’t CSR, committing is.