What bathroom confessionals and influencer compounds tell us about the state of social media marketing in 2020.

TikTok’s takeover stood out as one of the major stories of 2019 for content marketers. Brands are eager to plant their flag on Planet TikTok, and their pursuit has not been without running commentary, ranging from bemused to alarmist in tone.

On TikTok, nobody takes themselves too seriously, and memes are a language in their own right. The most popular videos give off the impression of being executed with little forethought and even less production value. In many ways, TikTok’s social ecosystem is the antithesis of the Instagram and YouTube spheres of influence, where aspirational lifestyle content has become so shiny that it is sometimes indistinguishable from pure advertising. The New York Times has reported on “the bathroom effect,” with plenty of anecdata to support a theory that TikToks filmed in a bathroom mirror reliably outperform other settings. TikTok’s appeal is in the absence of curated aesthetic, and the bathroom provides both a blank canvas and a guise of intimacy. With the visual shorthand of influencer monoculture stripped away, the platform and its community seem unmoored from existing frameworks for monetization.

For the uninitiated: TikTok is a short-form video platform and social media network owned by Chinese tech firm ByteDance. Despite a slew of highly publicized security and censorship troubles, the app hit 1 billion downloads in February of last year, overtaking Instagram and Facebook in total downloads. Its top 25 accounts, almost all of them run by teenagers, have audiences of 15 to almost 40 million. In the U.S., where the company is working to establish a new HQ, most TikTokers are between the ages of 16 and 24: a highly media literate demographic with little to no recollection of a time before online makeup tutorials and video game live streaming.

Despite the anti-establishment ethos that seems to be shared by many of TikTok’s patrons, specialist talent agencies have already set up shop and laid claim to personalities with large followings, and the platform’s biggest stars have formed collectives based out of Los Angeles mansions (a phenomenon in the tradition of YouTube influencers). Meanwhile at TikTok’s brand new five-floor, 400-desk corporate outpost in the same city, the company has begun courting prominent users and recently announced a content creation studio to facilitate lucrative collaborations and brand partnerships (another YouTube-modeled development). They’re also testing a few different advertising programs and social commerce features that have been available on the Chinese version of the app (all things Vine – TikTok’s likeliest precursor – was resistant to before ultimately shuttering). 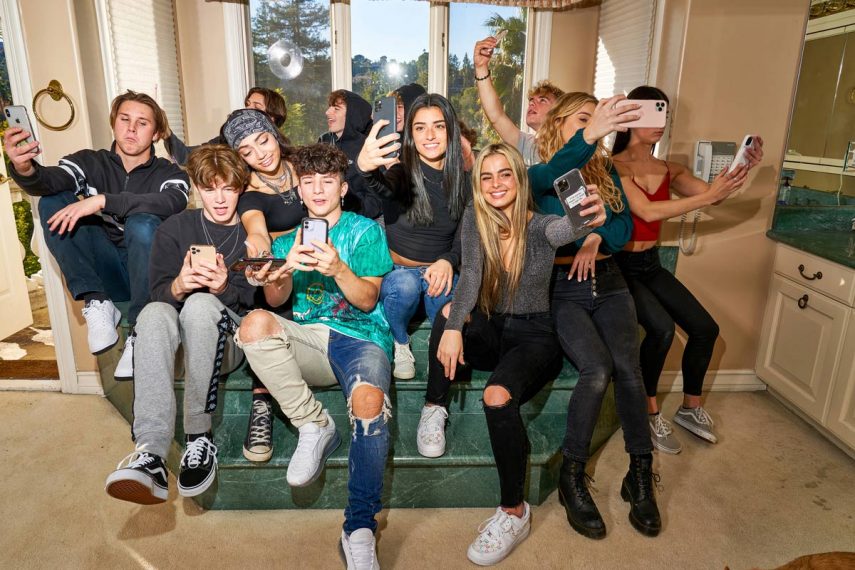 The swift professionalization of the space hinges on an assumption that its economy of influence will mature into something more recognizable. At this stage, brands are rightfully wary of applying strategies that rely too heavily on expertise learned elsewhere. An ELF Cosmetics campaign is a noted early success story – the brand commissioned an original song, engineered for virality, and incentivized a few big names to use the track while tapping into the same goofy, nonsensical creativity of their organic content. There are now 1.7 million videos on TikTok featuring the almost subliminally branded fifteen-second soundtrack, an indisputable win in terms of engagement and reach, and a smart display of long-term strategy. More overt messaging or artistic direction may not be compatible with TikTok’s Gen Z audience, especially as more brands enter the space and oversaturation risks driving that audience elsewhere (maybe to Byte – a new competitor from the creators of Vine that racked up 1.3 million downloads in its first week).

Coming of age in a world where everything is marketing, the TikTok demographic has an unprecedentedly low tolerance for superficial commercialism. Brands who want to connect with this audience will first need to learn their language – to engage without alienating, to entertain without condescending, and to shift seamlessly between playful humor and critical thought. It’s not just a lesson for brands looking to reach Gen Z, but for anyone with a message to sell – the “values” manifested on TikTok are not a generational quirk but a consequence of the escalating tension created by advertising’s omnipresence. What TikTok’s macro-sized microcosm represents is more than the latest medium for brand marketers to conquer. It’s a broader message about a new order, and an early glimpse of the content of the future.

Learn how Bookmark can help you develop customized content programs that resonate with your audience and drive engagement.

Rebecca is Bookmark's Content Marketing Specialist in Montreal. She likes libraries, good and bad TV and reading things on the internet.