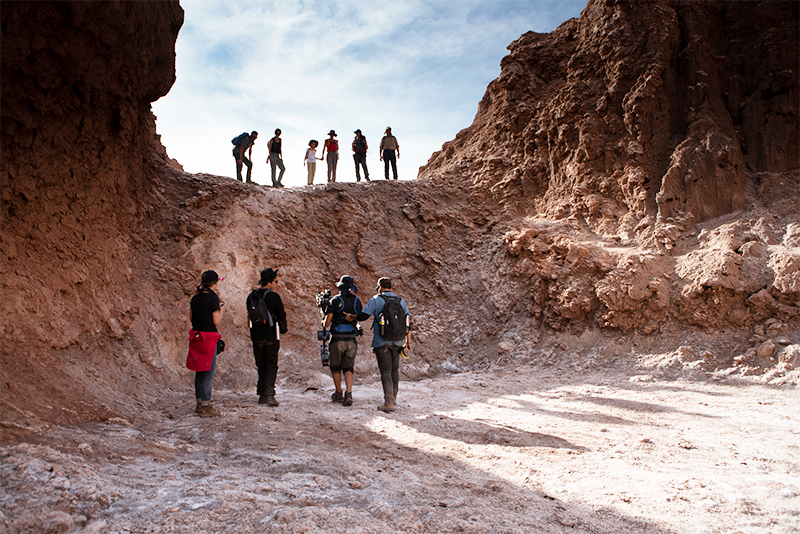 Creating content can be an adrenaline rush, especially if your client asks you to visit Patagonia immediately and then produce something big within a month.

With an established presence in Chile (Patagonia, Atacama and Easter Island) and Peru (Valle Sagrado), explora Hotels recently announced an expansion in Argentina at their conference in Buenos Aires. This event was attended by Argentina’s president, the explora’s board of directors, and company’s most demanding clients: travel agencies.

For the launch, the Bookmark Santiago team was tasked with creating a video and finding a voice that resonated with the explora brand and philosophy. Along with my colleagues, we began the project by interviewing the company’s founder, Pedro Ibáñez, who shared the brand’s raison d’être as well as the manager of explora Argentina, who called us from the Argentinean Patagonia and sent us a video of the hotel’s location in the Valle del Río Eléctrico. Previously, we had met with a few explora guides from Valle Sagrado, Peru who adapted a passage from the explora’s Art of Travel into Quechua, their native language and later translated it into Spanish. From this research, we were able to better synthesize and interpret the explora Philosophy.

With the Buenos Aires presentation quickly approaching account manager Carolina Otero, designers Ignacio Poblete and Claudio Vidal, and myself were divided between a filming session in Torres del Paine to produce content for another explora project and the company’s Santiago offices – a distance of approximately 3000 kms. We completed the project and in record time, as there was less than a month between the briefing and the delivery date.

The final result needed to communicate the central ideas behind explora: deep exploration, remote locations, and essential luxury. It also had to include a visual coherence with content that was already produced by Bookmark in Valle Sagrado (photographs, archive images, new material).

On the day of the conference, the announcement of the new hotel received a standing ovation from the audience while back home, we celebrated with a long weekend, and the satisfaction of a job well done.

Bookmark Content can help establish your brand’s voice and create an overall content strategy. Learn more about our services or get in touch with us.

Sebastian is the Content and Strategy Director at Bookmark Content and Communications, in Santiago, Chile, where he is currently developing a content program for explora. His background is in Media Arts, brand strategy, and new media production.