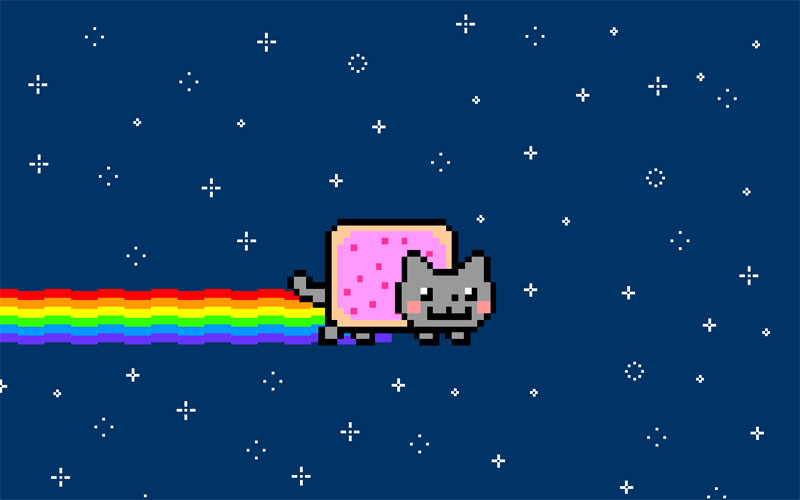 Internet memes may be silly, but smart brands are learning how to piggyback on their viral success. Dx3’s Jordan Markowski breaks down the art and science of “memevertising.”

With the rise of banner blindness, ad-blocking technology, and streaming services that allow any savvy internet user or television viewer to decide when, where and whether they are served up an ad, it’s more difficult for brands to reach the public than ever before.

For modern marketers, it’s no longer about forcing a promotional message in front of an audience, but rather about finding effective ways to convince consumers to allow them an audience at all.

That’s where memes come in.

At their core, internet memes are the embodiment of everything good advertising should be: clever, memorable, easily communicated and absurdly contagious.

So it’s no wonder that more and more brands have been leaping at the opportunity to incorporate memes into their marketing.

The first thing to note about memevertising (aside from its inherent risks and potential rewards), is that it is not all alike. The most common approach is called memejacking and involves a brand or agency piggybacking on a popular meme in progress.

This can take the form of a commercial, a display ad or an adaptation of an already successful image macro (image superimposed with text).

The key to this approach is identifying an appropriate (and potentially relevant) meme or viral event before it becomes passé or irrelevant. As the recent Harlem Shake phenomenon demonstrated, memes can be fleeting. This requires having employees in your organization (or agency) who have a finger on the pulse of internet culture and social media.

Another form of memevertising is known as “memescaping” and involves a brand creating an entire meme from scratch.

It’s not always intentional (indeed many attempts to create branded memes fail spectacularly), but when it succeeds it can inspire thousands of user-made tributes, adaptations and unique creations that generate brand impressions for years.

With this in mind, let’s take a look at a few successful examples of memevertising:

Chuck Norris jokes were as popular offline as online, but game development company Blizzard Entertainment appropriated them to promote an expansion of its smash hit online game World of Warcraft.

The result was a memejacked video commercial that went viral, received extensive media coverage and aligned perfectly with the company’s core demographic of gamers.

2. Most Interesting Man in the World

One of thousands of user-created image macros of Dos Equis’s “Most Interesting Man in the World” campaign.

In 2006, Euro RSCG Worldwide devised an advertising campaign for the beer brand Dos Equis. The ads featured actor Jonathan Goldsmith as “the most interesting man in the world.”

It was a smash success and a good example of accidental memescaping. By 2013, the ad has inspired tens of thousands of user-created image macros that prominently feature the brand’s dashing spokesman next to a bottle of Dos Equis.

It also invited visitors to create their own crowdsourced meme submissions. The result was a staggeringly effective hoax (and memescaping example) that generated significant media coverage and no small number of user-generated contributions.

When Carly Rae Jepsen released her hit single “Call Me Maybe” in 2011, it’s hard to imagine that anyone would have predicted how much of a viral phenomenon it would become.

But a Twitter endorsement by teen idol Justin Bieber led to an explosion of covers, parodies and tribute videos à la Gotye’s “Somebody That I Used to Know,” Rebecca Black’s “Friday” and Psy’s “Gagnam Style.”

What was particularly remarkable in the case of “Call Me Maybe” was how quickly some iconic brands (like the Miami Dolphins and Abercrombie & Fitch) were able to leap into the fray with tribute videos of their own in order to make the most of the song’s incredible viral energy.

Sesame Street was one such brand and 13 million views later, the video is a fantastic example of how memejacking done well can work brilliantly.

Jordan Markowski is the Content and Community Manager for Dx3 Canada and AndroidTO as well as a performer in Second City’s Anti-Bullying Education Company.